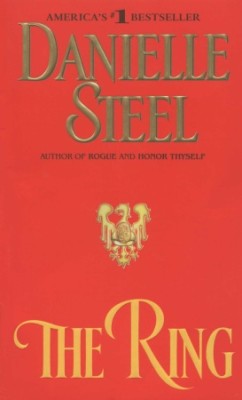 In Germany engulfed by war and hatred, the beautiful wife of an influential banker fell in love with a German author. His Jewish heritage led them both to death. The husband who survives her lives on to protect her memory, and their children. And the ring he passes on to his daughter, Ariana von Gotthard, remains a bond of love between them. Separated from her family, and unable to escape Germany, Ariana is finally arrested. A young Nazi officer offers her survival and hope for the future. Tragedy and a sudden twist of fate carries Ariana to America, to a chilling deception, and a new life of unfamiliar terrors. Her past seemingly lost forever, her future uncertain, the ring she still clings to is all she has left of her father and brother. And in time it will become the bridge from her past to her future.