I don’t know why but this January has seemed busier than usual. I usually hibernate after the holidays, last year it snowed constantly in Paris and was freezing cold, and I stayed home, writing, and watched Downton Abbey. This year, I’ve been busy. I’ve done some writing too, but have been running around a lot.

It’s ‘that’ time of year again in Paris: the Haute Couture fashion shows that used to be The BIG Deal in French fashion, full of glamour, gorgeous clothes, and chic women watching the shows. Now it’s very much a mixed bag. The Ready to Wear Shows (of which there are many) are the big draw now, and the ones that all the celebs and movie stars from around the world go to. The Haute Couture shows are very few now, and it’s a short week, and the famously elegant women of the past seem to have disappeared. In their place are people dressed extremely, very short skirts, see through clothes, some men in skirts, many without socks, wild hair colors and hair dos (men in blue and green hair, women in pink hair). It’s hard to know where to look, there’s a lot to see at those shows. I only go to two of those shows now, Dior and Chanel (you can see the fashion shows themselves on Style.com). The clothes at Dior were young and summery, since the clothes we were seeing are for next summer/the spring collection. In Haute Couture, they are all made to order, and don’t just appear in a store. They were short, airy, and some were very pretty, though nothing I personally could wear. And at Chanel, they were beautiful and very young, with pretty young girls wearing everything with sneakers (even the bridal gown).

The Dior show was held in a special structure in the garden of the Rodin Museum, near The Invalides, the inside was very futuristic, with various levels, it was like being inside a space station of some kind, and the models passed a few inches in front of us. The Chanel show was held at the Grand Palais, a beautiful antique glass structure. The setting inside was dazzling white, very modern, the models came down a staircase that had been built for the occasion, while we watched from couches, and an orchestra played. It was a feast for the senses, with LOTS of fashionable women in the audience. It’s always exciting to see those shows, and I loved them, as always.

Other than that, I’ve been getting ready for the ceremony where I will receive the decoration from the French Government, the Legion d’Honneur, which is a beautiful medal on a red ribbon. I’m very excited about it!! So I’ve been planning that. (And have to write a speech!!)

Paris has been buzzing with Presidential gossip. The President lived for 25 years, unmarried, with the mother of his 4 children, they parted a few years ago (she ran for the presidency herself, and lost to President Sarkozy). And after he won the last election, the new (and current) President appeared with a new partner, a journalist, whom he declared as, and was treated as, First Lady of France. She joined him at the French White House, where she even had a staff, and went to official functions with the President. And all of this despite the fact that he wasn’t married to her either. And all of that blew up when paparazzi outed him a few weeks ago as having a hot romance with a younger French actress. The unofficial First Lady got extremely upset, and checked into the hospital to ‘recover’ from the shock. You can imagine all the excitement and gossip that caused!! There was a Presidential press conference, everyone wants to know what (or who) comes next, and no one knows. At last report, the unofficial ‘First Lady’ (or ex?) is still in the hospital, and no one knows who will be his companion now. It’s the kind of gossip that happens in cities and towns, among slightly more ordinary people, but it really gets up some steam and a lot of public interest when it’s the president of a country. Stay tuned….if you care…..to see who the next Presidential companion will be. France can’t wait to find out!!! The French are more tolerant than Americans about political romances, but this one involving the presidency has caught everyone’s attention, even in France.

So that’s all the news from Paris. Fashion, and Presidential gossip. It certainly gets the year off to an interesting start. I hope yours is off to a great start!! 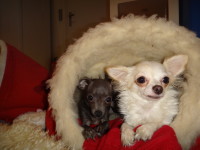