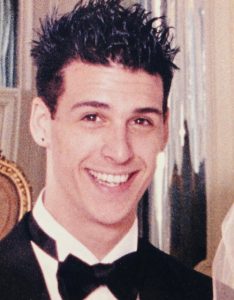 I hope that the week has gone smoothly for you. In the UK, US, Europe, and countries around the world, the news is full of the ceremonies and tributes to the late Queen Elizabeth the II. Her seventy year reign has left her subjects deeply saddened to lose her, and she has touched hearts around the world with her deep devotion to her duty and her subjects. She began as one of the youngest queens at twenty five, and ended as one of the oldest still working queens at ninety six. And whatever one’s politics, her humanity touched millions as much as her majesty. And all of the ceremonies paying tribute to her are deeply touching, as Queen, mother, grandmother, great grandmother. Beyond the pomp and ceremony and traditions is the love of her country and the admiration of the entire world, and the loved ones she left behind who are moving through the proceedings with dignity and grace.

The world will be watching her funeral today, and it must be exhausting and emotionally draining for her family to share their grief so publicly, while honoring her.

I have an odd tie to the date, which is emotional for me as well. On Tuesday, the day after the Queen’s funeral is the anniversary of the death of my son Nick. It’s a hard day for my family every year. He died at nineteen, by suicide, after a lifetime of bi polar disease. He was a brave, wonderful, brilliant, talented, funny adorable boy, and although we miss him every day, these anniversary days are always particularly hard. You never get used to them. There is no easy way to spend these days. I usually try to spend part of the day with some of my children, but on some years that’s complicated, and I will be alone on his anniversary date this year, the day after the Queen’s funeral. And tuesday will be a quiet day for me, with thoughts of Nick, and memories of a very challenging day. We have honored his memory with a foundation dedicated to funding organizations that provide hands on treatment to people who suffer from mental illness. And all we can do is remember those we have lost on these anniversaries, cherish their memories, remember the wonderful times we shared and go forward into the future, doing good for others in their name.

Whether as public as the Queen’s funeral, or as private as my son Nick’s anniversary, they are days filled with the love that we shared with them in their lifetimes, may they be long remembered for the joy they gave us and the love and blessings we shared.

I hope it will be a peaceful week for you, with much love, Danielle