The Entire World is mourning the death of Queen Elizabeth II of England,the longest reigning monarch in the world, she became queen at 25, reigned for 70 years, and passed away yesterday at the age of 96. Beloved by her subjects, respected and admired throughout the world, she worked as Sovereign until her very last day when she met with the new Prime Minister at her summer home in Balmoral, Scotland.
I admired her for my entire life for her strength, courage,dignity, her hard work, she embodied all the qualities I admire in a woman, and was an icon as queen. She managed to maintain her family life, marriage, and was true to her people, while ruling the country, and had a poignant humanity to her. She was without question not only a remarkable and wonderful queen, but an extraordinary woman of immeasurable accomplishments.

During the darkest hours of the pandemic,while I was in France for 15 months, far from my children, isolated and confined, the Queen’s Christmas and Easter messages gave me comfort and strength.She directed them to her British subjects, “to others all around the world, to people of Faith, and people of no faith”. I loved the inclusiveness of her message, the kindness, compassion and humanity of what she said. Her message of comfort and reassurance went straight to my heart.

Immediately after her death was announced by the Palace, a massive double rainbow appeared over London, and over Windsor Castle. The two double rainbows lit up the sky and nothing like it had ever been seen before. I can only imagine that God was welcoming her into Heaven with a huge well deserved celebration for a life well lived and a job well done. 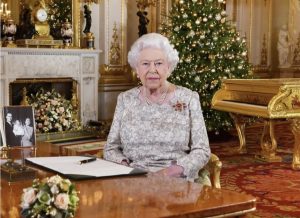 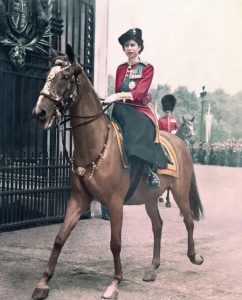 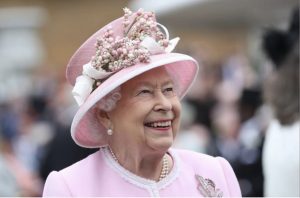