I hope you’re having a great week, and had a great last week. I’ve been very, very busy, with a heavy writing schedule, as usual this time of year. I settle into the winter, and hibernate for a while, writing new books, and working on new ideas. So it’s writing time for me.

And special greetings to one of the readers who responded to my last blog, —- clearly a soul mate, whose tech skills are on a par with mine, and can’t find the apostrophe on her laptop. You’ll notice that I am lazy about apostrophes too!!! Her daughter tells her she doesn’t even TRY to learn—-I hear that all the time. And as much as I love my ridiculous ancient Nokia cell phone with the disco lights when I get a message, texting on it is a nightmare, since it’s the kind where you have to press several times on a key in order to get the right letter, and if I get it wrong I have to start all over again. So I keep my texts VERY short. Anyone over 30, not to mention 40 or 50, is of a very different generation from current texters, who would rather text, than call or talk, and the words just seem to flow from their fingers. The only thing I do on my IPad is play solitaire, and I see 2 year olds in their strollers happily working their IPad, and I want to hire one of them to show me how!!! If I ask someone in my office to call someone for me to leave a message—-they respond immediately, “I’ll text them right away”. It doesn’t even occur to most people to call anymore, they only text, and don’t even bother to answer their phones. And I guess it is true, that I don’t even try to learn new technology. The day will probably come if I am very old one day that I won’t know how to work the lights in my bedroom, turn on the TV, or open the curtains—-everything happens on an IPad or some form of ‘device’ these days. And as soon as you do learn something ‘techie’, it becomes obsolete immediately, and you have to learn all over again. I’m going to have to start hiring 5 year old consultants in my office who are up to date on all the latest technology. It does seem a shame though that everything is so high tech now, it definitely cuts out the human element in communications, it’s also a perfect way for people to dodge giving you straight answers, and avoid a simple question, like “where are the kitchen chairs I ordered 6 months ago?” And there is an App for everything now, none of which I have on my phone, or would know what to do with if I did.

I’ve always been a night owl, it runs in my family. My father and grandmother stayed up very late, and needed very little sleep, and in some ways I’ve been lucky to be like them too. It allowed me to manage 9 children AND a writing career (I wrote at night when the kids were asleep when they were young), and get by on very little sleep. I still do. I’d go to bed late (around 2 or 3 am, after writing for many hours), fall asleep the instant I hit the bed, and wake up ready to go 4 hours later—–a real blessing at times!!! I still go to bed late, now that my kids are grown up, and still get by on very little sleep, and write until the wee hours, but now I wake up earlier, and often wake in the middle of the night, and then my mind starts racing, and I think about all the things I should be doing, have to do, or should have done. I sometimes get the best ideas during those sleepless hours, but I find that I worry more about silly things in the middle of the night. I’ve made a lifetime career of a fertile imagination, and I sometimes get ideas for new books in those late night wide awake hours. And then of course, there is the silly stuff—like I just remembered the Halloween table cloth I ordered in August, which never came. This time of year, I lie awake thinking about what to get people for Christmas, I haven’t worked out my Halloween costume yet…..and I am working on several books at once, which gives me plenty to think about in the middle of the night, as I work out the plots or search for a title. If I lie awake for long enough, I get up and answer emails (which come in at all hours from all over the world)….and….true confessions, my one concession to High Tech: I have discovered online shopping, and I can get up to some real mischief with that!!! I notice that with all the complaints (in my family and office) about my lack of computer skills, and offers to bring me up to date, NO ONE has offered to teach me how to shop in the Internet, and I pretty much figured it out for myself with very little help. And I have some real fun with that sometimes!!! For someone who likes to shop, which I do, internet shopping is a huge temptation, and I have gotten some really fun stuff!!! It’s so easy that it feels like it’s free at times (it’s not!!), and I feel like a kid in a candy store….I want that and that and that….and that!!….and oh wow!! Look at how cute this is…..It’s a very dangerous sport, but can be a lot of fun. And they make it very easy, even for non-techies like me!!! So now I can shop in the middle of the night if I can’t sleep. Uh oh!!!

I’m including a photo of something very fun I got recently. I saw it in a shop window, as a display item, and tracked it down. It’s a company that makes furniture made with teddy bears and other toy stuffed animals. You can either get it with the teddy bears over the whole surface of a chair or bench, or just around the edges. It’s easier to sit on with the teddy bears just around the edges, so I went with that. I love it, it’s so fun, and super comfy to sit on. I ordered it with little white polar bears, but you can have it with any kind of toy animal you want: monkeys, camels, bears, dogs, cats, swans, flamingos. It’s a silly fun thing and I love it.

I hope you have a fun week ahead. Halloween is approaching, and I haven’t figured out a costume yet. My favorites over the years were as a ‘ghost writer’, with a white face and white wig, dressed in white with a necklace of pens around my neck, Cruella de Ville, and my famous/infamous whoopie cushion costume, undignified but funny….maybe I’ll just be me this year. One of my daughters dressed as me for Halloween a few years ago, and looked exactly like me, in a black turtle neck sweater (my uniform because I’m always cold), black jeans and black loafers, red hair in a long pony tail, glasses on her head, and lots of bracelets on both arms. I laughed when I saw her, and she put on my serious “I’m thinking about a new book” face. I hope you have something fun planned for Halloween. You still have time to figure out a costume!!!

Have a great week!!! love, Danielle 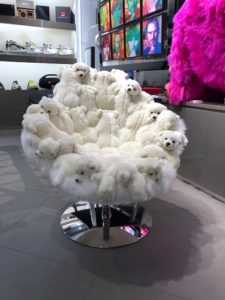 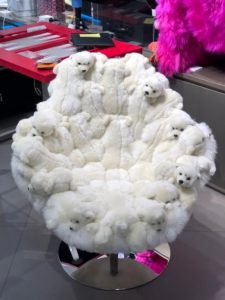 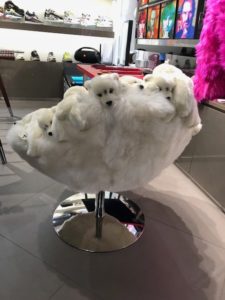